skip to main | skip to sidebar

Today we had another really nice day. It started with a beautiful sunrise and stayed cool with very mild winds here and there. Lots of small farms, LOTS of churches and cemeteries and some really nice houses surrounded by really ugly ones, i.e. contrast. 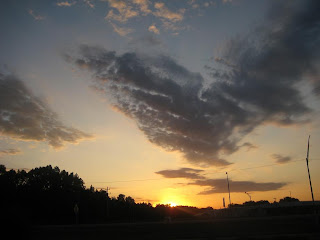 My leg held up pretty decently and I managed to stay with a group that helped me out. We had loads of  rolling hills that added up to some decent climbing so I'm off to ice my knees. Tomorrow we expect a lot more climbing.

I have fallen in love with the old wooden houses (of which you have seen several by now) and barns. There is a charm to them, a memory of a bygone era when things were simpler and structures were built by hand. Here are a couple that I managed to stop to photograph... 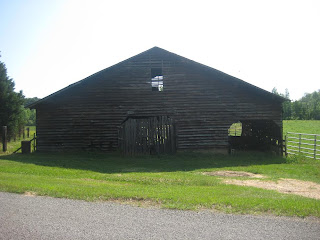 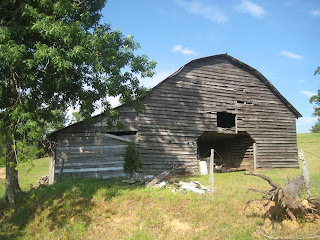 Today we crossed into Alabama, other that the change on the road pavement, there was no sign on the small country road we were in so Mike (the tour leader) painted the sign: 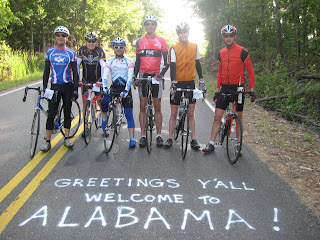 (Paul, David, Russ, Brian, Per, me)
Then we had another SAG stop in the middle of nowhere for some more bananas with nutella! 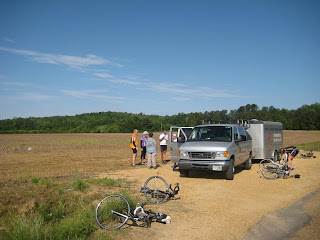 And finally we arrived at Tuscaloosa. We rode through the beautiful University of Alabama campus full of nice buildings, parks, streets lined with trees, restaurants, cute students (as reported by Randy), the enormous stadium (football is king here) and then we had to take a detour because the USAF had closed a road next to the airport for the air show. We saw some small plane performing some acrobatic moves and later the Blue Angels roared in formation so low that you could almost make out the faces of the pilots. We passed all that and arrived at our standard Best Western near a freeway exchange. At least this one afforded us a different kind of ride. 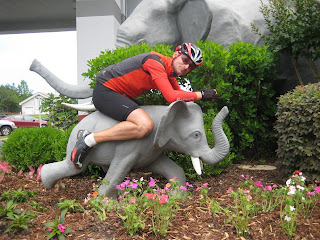 (notice my aerodynamic position and the jet stream it produces)
Posted by Unknown at 5:31 PM 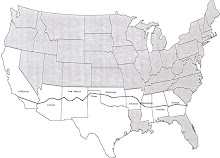 This has nothing to do with the ride, but since I am from Chile...